It really sort of, well, sucks a lot.  Today was full of suck in that regard.

As I have mentioned previously, I will be running the half-marathon leg of the upcoming Steelhead Half Ironman for team Speedy Chub.  This was, and is, totally fine and I am actually really excited about it.  After a rough winter most of which was spent cross training so my IT Band could heal, I knew I wasn't going to make any sort of time goals for this race.  I was basically planning on getting back on track with weekly mileage and putting in a solid effort and enjoying the experience.  Looking ahead another two months was my actual goal race, the Freepress Half Marathon, where I will be trying to set a new personal best.

And then a realization happened.  Normally for a long race, almost every race really, you start off at 8am or something in that neighborhood.  Gets the event done before the sun comes on strong.  While this is true of the Steelhead as well (in fact earlier than that I believe), the unfortunate side effect of doing the running leg of the relay is that I have Deborah swimming and then Joe cycling before I toe the line.  So, time to train for the heat!

Two weeks ago I did my weekly long run in the middle of the afternoon in hilly Grand Rapids, temp 85 degrees when I started.  Today I was able to do my long run in the morning due to the fact that it is friggin hot out.  Another 85 degree run.  Biggest challenge so far with the heat:  my stomach.  It was tough to take in enough fluid to keep myself happy (ha!) and it took about 3-4 hours after the run for my stomach to fully relax after the run and to feel good enough to eat something.

The upside:  with about a month and half to go before the race I am feeling pretty good about the distance and being able to hammer it pretty well.  Oh, and the guy that stopped edging his drive while I ran past to give me a high five.  Nothing like a cheering section on a random stretch or road...
Posted by Dan Long 2 comments:

This weekend I'll start biking the PALM (Pedal Across Lower Michigan) tour. Most people have reacted with something between skepticism and curiosity when I tell them that I'll be taking a week of vacation time to bike across the lower peninsula of Michigan. The most common question is "why?" It's a question many endurance athletes get, I'm sure. For me it's the idea of attempting something big and preparing for it with lots of little achievements along the way. It's just as much about getting ready for the event as it is about the event itself. This one poses its own unique challenges when planning for it.


This tour will be different from others I've done because it involves a lot of time and camping. I'm sure my (total lack of) camping skills will play a role in how well I fare as the week progresses. The camping aspect also makes the tour an interesting challenge in logistics. I'll have to pack pretty much everything I'll need for the whole week. The PALM tour has a support van that will shuttle our luggage from one site to another, so weight and size isn't limited by what I can fit on my bike, but still, one doesn't want to bring more than they can carry. The mileage each day for PALM is about 40-50 miles per day, which isn't too bad. I anticipate the biggest challenge being not the individual days, but the sum of them over time.


I learned from TOSRV that even with best efforts, a lot can get packed for a multi-day tour. Here is the latest, ridiculously long list of stuff I'm planning to take on PALM.


In my duffel bag:
In backpack (Camelbak backpack)
On me 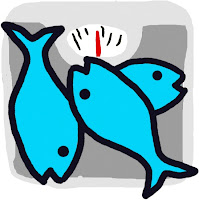 Over the summer a few people from Team Speedy Chubs have started a friendly wager on who can lose the most weight as a percentage of their initial weigh-in. At the risk of giving up my super strong chances for showing everyone up and taking the prize, I will share with you my strategy for winning. I intend to lose weight and save money (It's understandable if you must now read the rest of this post in your favorite infomercial personality voice) by biking to work and making my own food.

"Aren't you doing that already?" Yes, but not in as dedicated of a fashion as I will be doing now.

Lose Weight
The biking to work part has been going pretty well. I haven't missed too many days for reasons other than really bad weather or because the training plan calls for a rest day. I have made excuses here and there for not riding, but those will now end! I have been slipping over the winter and spring on the making my own food part. Especially for lunch at work. I started looking at what I was eating during lunch and realizing that I'm consuming a pretty large amount of empty calories and paying a lot for them. By biking to work even more regularly I'll be impacting the calories I burn and by making my own food I'll be impacting the calories I consume.

Save Money
It turns out that one of the side effects of doing this is that I will save money! I save about $3 per day I bike to work in avoided gas and gym membership expenses. By making my own lunch I avoid about $7 per day. That's at least $10 per day of avoided cost. That's up to $200 per month saved!

Act now and you can save money and lose weight too!

The simplicity of this plan made me wonder: so, why doesn't everyone do something like this? Well, because it's not easy. You gotta plan ahead, which means thinking and thinking is tough. And you have to buy groceries and buying a bunch of groceries all at once feels a lot more expensive than buying a small $7 lunch every day. Then you have to think ahead and make the lunch and you have to remember to take it with you. Working exercise into your every day routines requires even more planning (and more thinking) and a lot of times it's just inconvenient because you'd rather not do it, or it's too cold, or you'd rather sleep in a little more, or any other of a bazillion reasons.
Posted by Joe No comments: