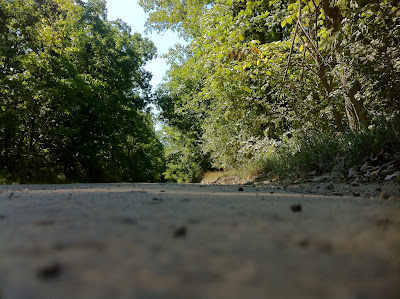 The romance begins
A few years ago a buddy of mine took me off the normal asphalt route and onto a few dirt roads. It was a wonderful experience. Within moments we were whisked away to another dimension, where there was far less traffic and far more nature and farming. It was peaceful, different, and novel. Over time I included more dirt road rides in my normal rotation of cycling excursions. The book, "Dirt Road Washtenaw", by Rob Pulcipher, supplied a foundation of routes and basic knowledge for attempting nice long dirt road rides. I loved the peaceful and serene getaways that these trips to the country provided. And the fact that I could access them within minutes from my own front door was all the better.

It gets serious
Then I decided that maybe I should do an event that's based on dirt roads. Wouldn't that be fun? So, I signed up for the Lowel 50 and began training. What I started to realize is that dirt roads are fun in the best conditions, but can become extremely challenging in bad weather. In training for Lowell I no longer cherry picked the best weather days to go out for a relaxing ride in the country. I had to ride dirt no matter the weather. Constantly and consistently.


Complications of the heart 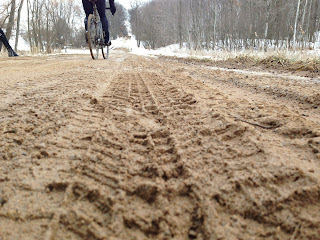 Dirt road conditions can change fast and the variables are so numerous as to make predicting what the surfaces will be during changing weather is almost impossible. As an example, you could be out on a dry road, then it rains for a half hour, and then the sun comes out. While it is raining the road may have mud the consistency of milk chocolate, but then when the sun comes out it paradoxically becomes worse, turning to thick peanut butter making every crank of the pedals a struggle -- up hill or down hill. Add cold weather and you get even more varieties of road conditions. And with trees and steep hills and valleys extremely localized micro-climates form that create conditions that are even more unpredictable. 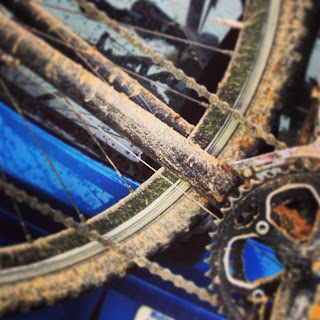 The fallout
I had pretty mixed feelings about Lowell, but I blame most of my bad experiences on my own poor preparation than anything else. So, I wanted to give the dirt race format another try. The Speedy Chubs signed up for Barry-Roubaix, and early this spring we went out and did a test ride of the course so we knew what we were getting into. Boy, was that a tough ride. After that test ride I almost bailed on the whole race, but I decided to see it through. On race day the conditions were completely different (far more ice and snow and less mud). Some of the challenges I met that day weren't necessarily specific to the dirt road format (rear derailleur cable snapped), and I had a great time with the people who I was with. However, I still didn't like the feeling of fearing for my life while dodging random frozen ruts on a 30mph descent. Or not knowing if the mushed up snow/mud mixture I saw in front of me was frozen or mushy. Do I ride through it and risk crashing if it's solid? Do I ride around it and risk crashing into someone else? Or crashing because I might get stuck in that rut that just popped up in the location I'd use to ride around? 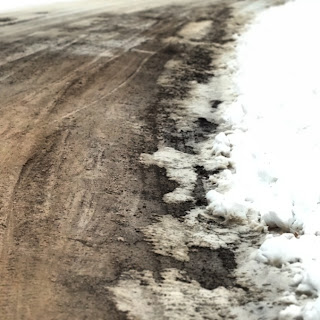 I love cyclocross. I'm not shy about adverse surface conditions and obstacles. At first it felt weird having bad thoughts about the dirt road conditions, being someone who loves cyclocross so much. But then I realized what it is about dirt road racing that I don't like. It's the random factor --the unpredictability of it. There is so much about the conditions that are random or so complex that it is nearly impossible to predict. For some people that's a fun challenge. For me, I hate it. For me, the fun is in sizing up a challenge, training for it, and then completing it to the best of my abilities. In cyclocross the challenges are far more sterile and labratory-like. The course is short, manicured, and you make many laps. After an initial test lap you can remember where the challenging parts are and expect them. And for the most part, they don't change much over the hour or so you race.

In the end, I think I'm going to keep my dirt riding to the better weather days when I want a peaceful stroll through the country side. And I'll keep my adverse conditions racing to the laboratory of cyclocross. 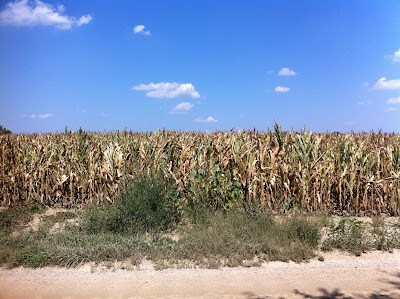 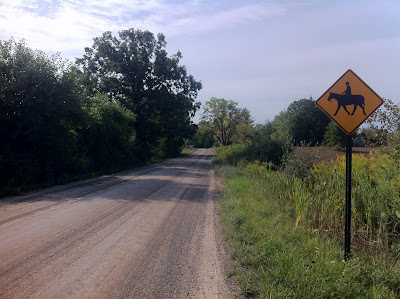