In this race I learned the zen-like lesson that sometimes going slower is actually going faster.

Let me explain. You see, this race had a lot of hairpin turns. And a lot of off canter sections. There was one especially fun hairpin turn that you entered while going down hill, off canter, then when you are executing the turn you're going up hill. Off canter. Before the race I did a few practice laps and really studied this troublesome turn. I could complete it without falling over, but I wasn't sure if during the race I'd be able to choose my own line with all the traffic. Then what would happen? An old coach saw me struggling with this thought while watching others attempt the turn. He suggested dismounting and running it. "You might stick it well the first lap, but think about all the rest of the laps. You'll be tired and mistakes happen", he said. I nodded in agreement, still not sure if I wanted this turn to 'beat me'. I think he could see my uncertainty. "There's no shame in running sections of a course, you gotta know when's best for you to get off the bike. You could stick it every lap, but what price do you pay in energy and time?" I tried to look more agreeable. While pre-riding some more of the course I thought about what the old coach had said.

During the first lap of the race I had already decided to just try running the turn. As I approached the turn I was happy with my decision. Right at the tightest part of the turn was a big pile up of racers and going real wide around them was the rest of the group trying not to run into them, but also taking the worst line for the turn. I rolled up, dismounted while running and went between the lot. I went much faster than the people in the pile up in the center, but I went just as fast, if not slightly faster, than the people taking the much wider turn while pedaling. I should also note that because of the configuration of the turn on that hill the wider turn was also much more strenuous. My running was hardly any effort.

And that's how I learned that to go faster sometimes you have to go slower. 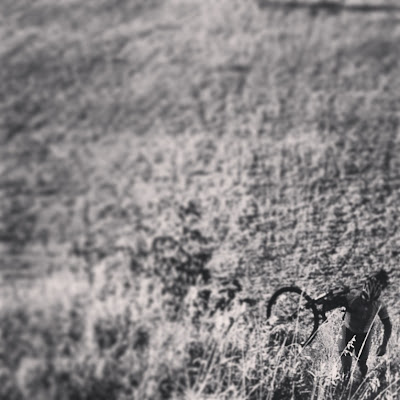 Last year I did this same CXpreX clinic series. I liked it and Cyclocross so much that I gave it another go this year. The series went from late August to early September and was held at Buhr park and Leslie park in Ann Arbor.

For the first half the group of riders is broken up into small groups with an experienced Cyclocross rider who leads a skills clinic tailored to the experience level of that small group. As someone who is still pretty new to Cyclocross, I find these clinics to be quite useful. Since I wasn't starting from absolutely brand new I was curious about what we might do as part of the clinic. We did cover some of the basics, but we also went into some more advanced drills. After these clinics I now have a full portfolio of 'cross specific drills I can do on my own to work on advancing my skills.

Last year during the mock races I was only barely able to even complete the race. This year I was doing much better. I got lapped by the A group (the elite/advanced riders) much later than last year. 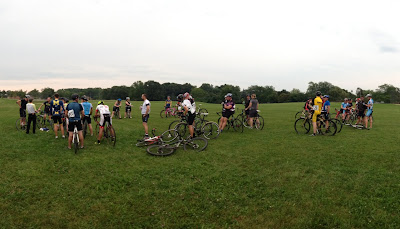 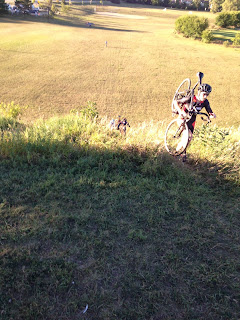